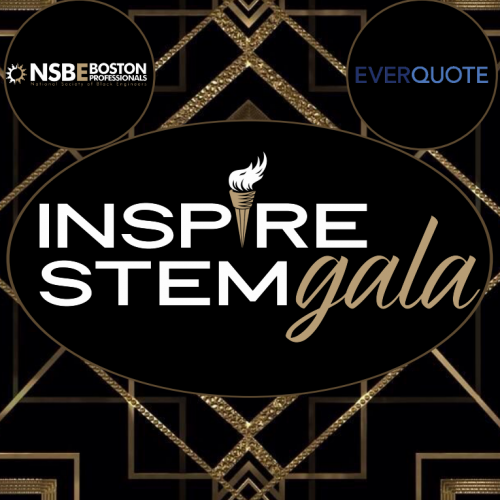 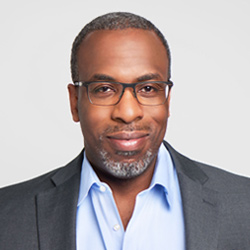 Corey Thomas is the CEO of Rapid7, as well as Chairman of its board of directors. In 2018, he was elected to the Cyber Threat Alliance (CTA) board of directors and the Massachusetts Cybersecurity Strategy Council. He also serves on the board of directors for LPL Financial, as well as Blue Cross Blue Shield of Massachusetts, sitting on its audit and health care quality and affordability committees. He previously served on the U.S. Commerce Department’s Digital Economy Board of Advisors. Corey has extensive experience leading technology companies to the next stage of growth and innovation.

Prior to joining Rapid7, Corey was VP of marketing at Parallels, Inc., a virtualization technology company; group project manager of the Microsoft Server and Tools division, steering product planning for Microsoft’s data platform; and a consultant at Deloitte Consulting. Corey received a B.E. in electrical engineering and computer science from Vanderbilt University and a MBA from Harvard Business School. 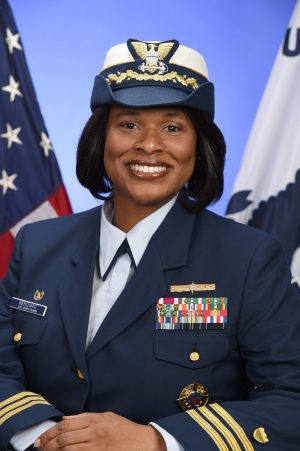 Commander Merchant is currently a National Security Fellow at Harvard Kennedy School of Government, where she serves as the U.S. Coast Guard’s sole representative at the Belfer Center for Science and International Affairs, the world’s #1 University Affiliated Think Tank.

Commander Merchant is also a Coast Guard Governmental Affairs Officer and served as a Military Congressional Fellow for the U.S. House of Representatives on the Committee on Transportation and Infrastructure, and the Committee on Oversight and Government Reform. Commander Merchant has earned a Master of Science in Quality Systems Management from the National Graduate School, a Master of Arts in Public Administration from George Washington University; and a Doctorate in Business Administration. 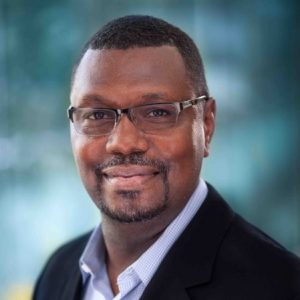 Kevin Foster is Senior Director of Product Marketing at PTC responsible for the messaging and marketing strategy for ThingWorx, the world’s leading Industrial Internet of Things platform. He is a 20-year veteran of technology marketing with extensive experience in computer hardware, software, and cloud computing.

Kevin attended Washington University in St. Louis where he received both a B.S. in Engineering and Policy and his Master of Business Administration. He is also active in the community serving as co-chair of the YMCA of Boston Achiever branch and an appointed member of the Cambridge Preservation Act Committee. 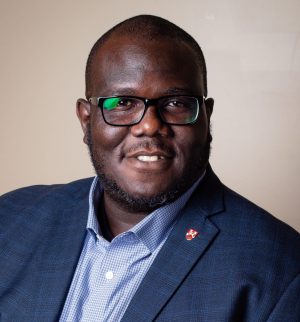 With 20 years of technology experience in multiples industries, including finance, consulting and energy services, Olukunle Akinbosede joined LibertyMutual Insurance, the fifth largest personal insurance carrier in the US with over $24B in premium, in May 2019 as Senior Director, Global Retail Markets Technology Strategy & Operations.

Olukunle and his team lead all aspects of planning and budgeting for the Global Retail Markets Technology organization and support over 30,000 employees through Technology teams in 16 diverse markets. He also has oversight on projects that explore emerging technologies and strategies to establish the technical vision for the future.

Olukunle began his career with IBM as a software developer, then transitioned to help companies across industries transform with technology as a consultant with Deloitte. He joined GE in 2010 where he led the deployment of several strategic technology software products across GE Capital and GE Power Digital Services.

Olukunle holds an undergraduate degree in computer science from Wayne State University, an MBA from Michigan State University and an MSc. in management from St Hugh’s College, Oxford. Based in Detroit, MI, he enjoys spending his free time with his wife and one-year old son.

Olukunle is active in the Youth and Singles Ministry for his local church, where he leads the summer STEM boot-camp for middle to high schoolers. 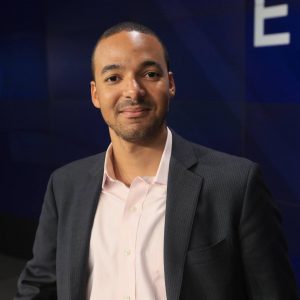 Darryl Auguste is an Executive Vice President (EVP) of Strategic Projects at EverQuote, where he’s responsible for leading high priority, high value projects across the organization from idea phase to implementation. Darryl is an analytics and online marketing specialist with 10+ years of experience in the technology industry.

Prior to his current role, he served as SVP of Analytics & Online Marketing where he was responsible for the company’s consumer acquisition and retention marketing strategies for over 6 years. Over that time, he built the teams responsible for driving over 10 million consumer visits per month to EverQuote’s websites through a data-centric marketing approach as a member of their executive team. He also maintains an active role in collaboration with EverQuote’s People Operations team on Diversity, Equity & Inclusion initiatives aimed at creating an increasingly diverse community within EverQuote, as well as serving as one of the co-founders of EverQuote’s Diversity Council and its Black employee resource group, EverBlack. He is also an active member of National Society of Black Engineers (NSBE) Boston Professionals.

Prior to joining EverQuote, Darryl worked in analytics at Cogo Labs, Vistaprint & held an internship at Google. Darryl received his B.A. in Economics and Mathematics from Yale University. 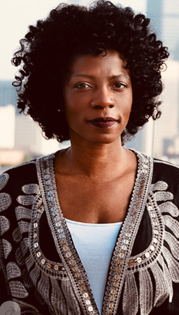 “When you teach a young woman to code, there is nothing she can’t do. When you give that young women a home, there’s no one she can’t be.”

Bridgette Wallace is an out-of-the-box thinker who pushes hard for equity and inclusion for those that are undervalued and overlooked. A creative innovator, advocate and urban planner with more than 20 years of expertise creating and managing impactful community development solutions within the public and private sectors. She pairs a broad range of creative leadership experience in public health, public policy and planning, economic development strategy and social entrepreneurship, with a deep understanding of how to better serve black and brown communities by improving avenues to wealth attainment.

In 2015, she co-founded SkyLab Boston–a community facing organization that was designed to provide educational and hands-on opportunities for residents of Roxbury to learn about and use the latest technologies, strategies and business skills required to launch a new venture or sustain existing ones. SkyLab Boston was the forerunner to the Roxbury Innovation Center, as it demonstrated the power of community to self determine how it grows and develops in an inclusive way. In regards to the impact of gentrification on millennials of color who are often invisible in plan site, and the critical linkages between stable housing and success for young people, she founded G|Code House. G|Code offers young women of color a safe co-living, learning, and working community where they will learn cutting-edge technology skills, gain employment experience and connect with our world renown network of mentors, advisers and enterprise partners.

These programs have helped to promote commercial viability in the district, all while creating spaces for talent, potential, and knowledge to advance and thrive. Bridgette is particularly interested in rebuilding the ways Roxbury and other neighborhood economies emerge by delivering specialized, efficient, and innovative plans that fuel long-term economic growth for black, brown and immigrant residents.

Prior to developing the initial plans for SkyLab and G|Code House, Ms. Wallace worked in youth advocacy and the field of public health for a number of years as a program manager for Boston Public Health Commission and the Department of Public Health. She received her Master’s in Urban and Environmental Planning with a concentration in Economic Development from Tufts University. She is the proud mother to her daughter Madyson a graduate of Northeastern’s D’Amore Kim School of Business who works in tech sector in New York City. As a Roxbury resident she serves on the board of the Roxbury Neighborhood Council and on the Project Review Committee of Plan Nubian Square ( formerly Dudley Square). 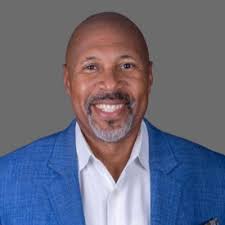 Evee is a 25 year technology industry veteran. Most recently, he served as an executive inside of IBM’s Cybersecurity Business unit, during which time he led the sales, business development and go market for IBM’s mobile and financial services cybersecurity solutions. Before this, he was the Executive chief of staff for the General Manager of IBM Security, helping to lead the growth of IBM Security significantly faster than the overall security market to become the number one enterprise security provider in the world with almost $2B of annual revenue.

Evee has a proven track record of managing and scaling, new enterprises globally. Evee also held several leadership positions during his 22 years at IBM in the area of sales, business development and operations.
He has served as a technology and cybersecurity advisor to a number of Higher Education institutions including Bridgewater State University, Cambridge College, Massasoit Community College, and Johnson C. Smith, and Endicott College. He believes that collaboration between academia, industry, government and community is critical to driving innovation and creating pathways to opportunities for the underserved.

Evee was responsible for holding the very first Cybersecurity and Technology diversity conference in the Commonwealth. He has been a staunch voice and advocate for Diversity and Inclusion in the area of STEM.

Evee holds a B.A in Political Science from Hampton University, Hampton VA.
In addition to his services in the technology industry, he is also a member of the board of trustees for Dedham Savings Bank and MassInsight. 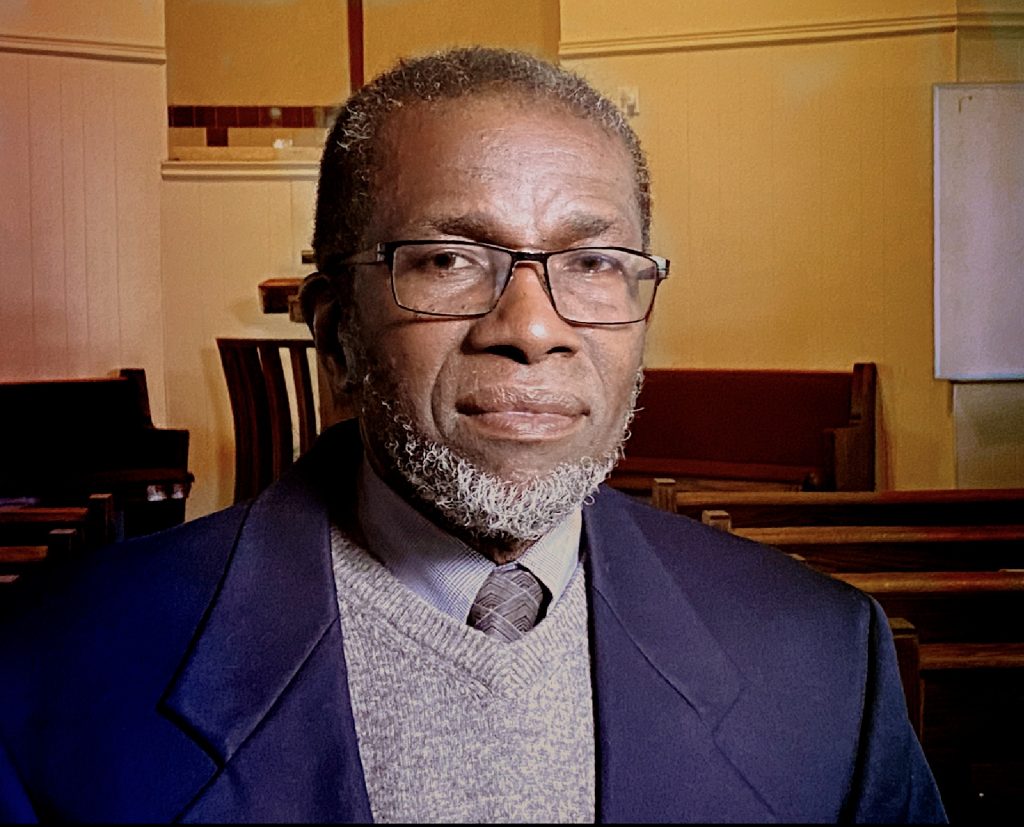 Professor Leon Cort hails from the Republic of Guyana. He is a Phi Beta Kappa graduate of Fisk University and holds graduate degrees from Ohio University (MA) and Boston University (Ph.D.). Dr. Cort has been the faculty advisor of the Wentworth NSBE chapter from its inception over
three decades ago. He has been the recipient of many awards during his tenure at Wentworth, including: The Michael Anthony Term Professorship, The Grant Johnson Award for Excellence in Teaching; and most recently, he was the first recipient of Wentworth’s Umoja Award in recognition of his service to the Institute’s students of color.

Dr. Cort has taught Economics and government at Wentworth for more than thirty five years, and is the first person of color in the school’s history to hold the rank of Professor. Dr. Cort has worked tirelessly on issues of diversity, social justice, and inclusivity. His current research interest is in poverty reduction in emerging states.

Dr. Cort and his family reside in Dorchester. He is an elder, and member of the Board of Trustees of the Church of Christ in Roxbury.

Your gift helps fulfill our mission to graduate 10,000 black engineers by 2025. Learn more about the Inspire STEM Gala on our website! 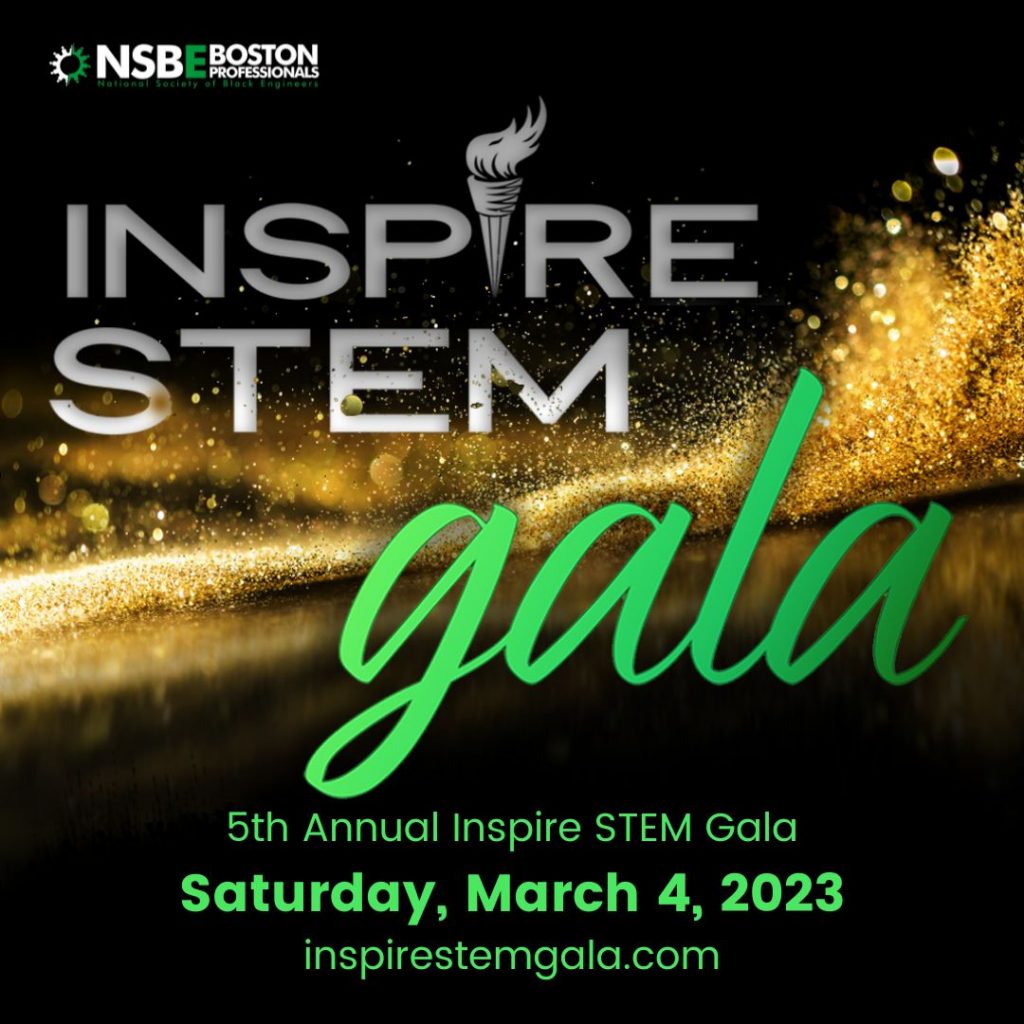